THE AFTERMATH : The evolution of social media influencer Sphithiphithi Evaluator

Law enforcement’s crackdown on Zamaswazi Majozi – believed to be the mastermind behind the Sphithiphithi Evaluator account – could be a drop in the ocean for a coordinated network harbouring plans of using social media, misinformation and disinformation to divide the country.

Centre for Analytics and Behavioural Change

Research conducted by the Centre for Analytics and Behavioural Change (CABC) in May revealed that the Sphithiphithi Evaluator account sat at the centre of content creation for the Radical Economic Transformation (RET) forces network which provided “support for a number of public figures facing corruption charges”.

The RET forces network which – including Sphithiphithi Evaluator – had 51 affiliated accounts, produced and amplified high volumes of content in support of former president Jacob Zuma and his allies, while criticising President Cyril Ramaphosa, the media and the judiciary, among others.

Following the looting and violence which transpired during the July unrest, the CABC identified the top 12 accounts which amplified incendiary content that reached more than 19 million people that month.

Sphithiphithi Evaluator’s content was the most commonly retweeted by these 12 accounts.

The revamp of Sphithiphithi Evaluator

Having joined Twitter in 2013, activity within the Sphithiphithi Evaluator account – with the handle @_AfricanSoil – only began to peak in January 2018, a month short of Zuma’s resignation as the president of South Africa.

The content which the account engaged in also received a major makeover, with the focus moving away from sports, to a period of inactivity, and finally, conversation around politics which remains the theme today.

The Zondo Commission of Inquiry into State Capture became the topic of engagement in 2018, but the account has also been involved in a variety of other politics-related conversations including VBS Bank, the Bosasa liquidation in 2019 and the recent #PhoenixMassacre in July. 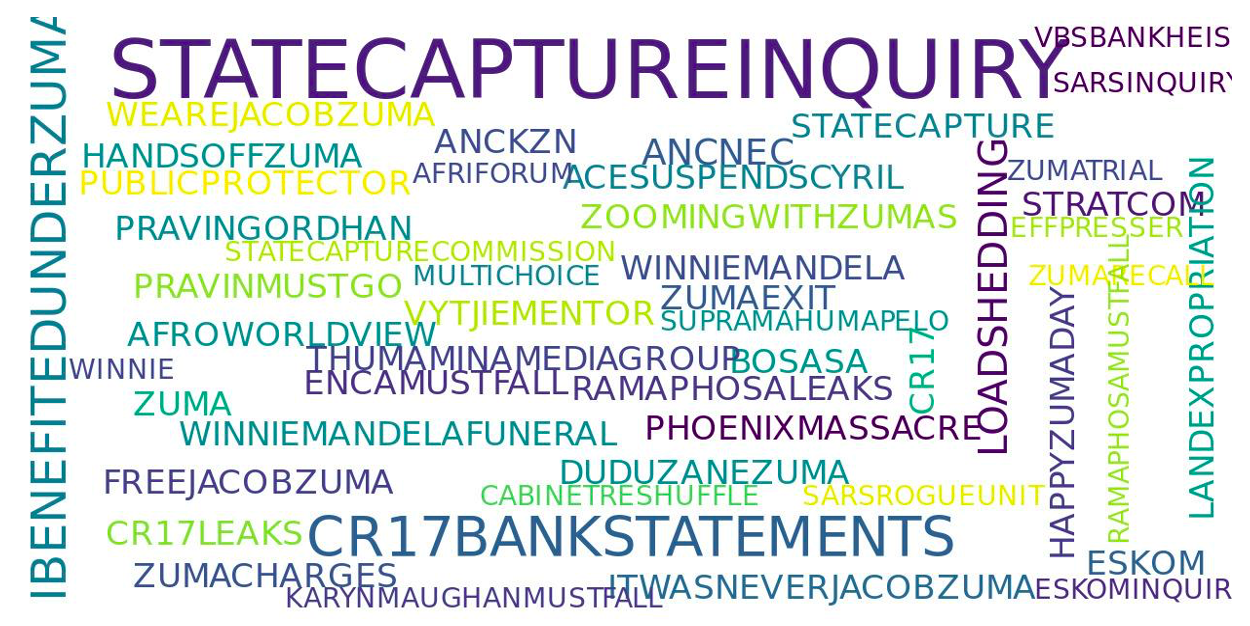 The CABC found that conversation around and including the Sphithiphithi Evaluator account received more than one million mentions between July last year and August this year.

During this time period, the account engaged heavily in primary topics around Zuma, the ANC, South Africa and Ramaphosa. 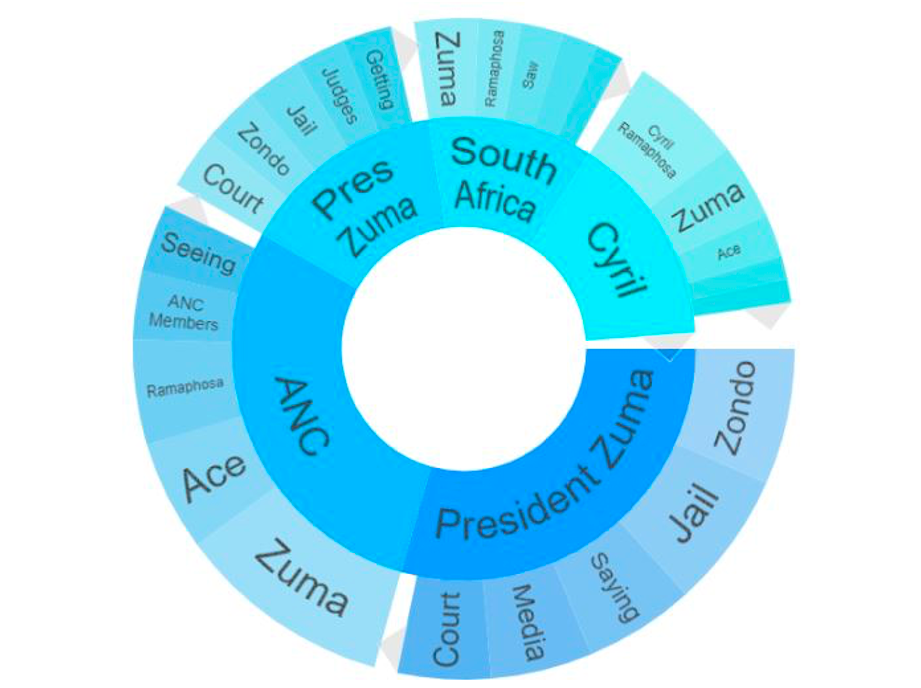 The account also adopted a number of techniques to amplify its messages.

Included in these techniques is spinning media content to generate support for Zuma or to attack Ramaphosa, the media itself or the judiciary. 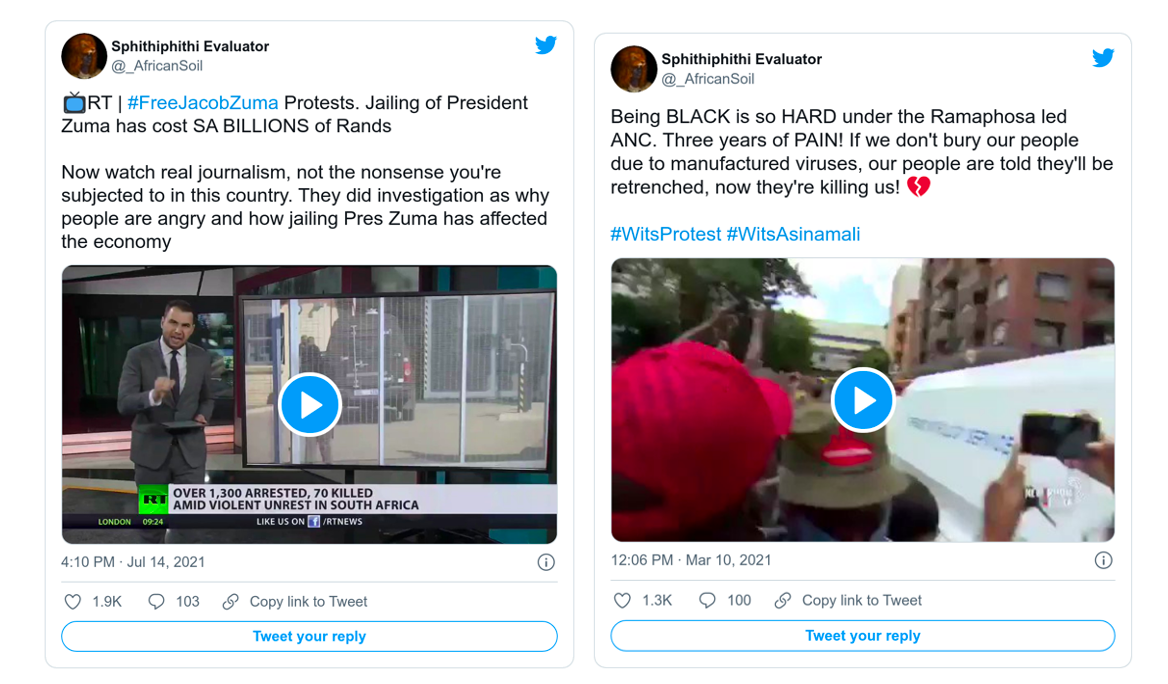 It is within the scope of the RET forces accounts, that hashtags such as #ThumaMinaMediaGroup and #SAMediaMustFall – intended to cast doubt on media articles that go against the narrative pushed by the network – are used. 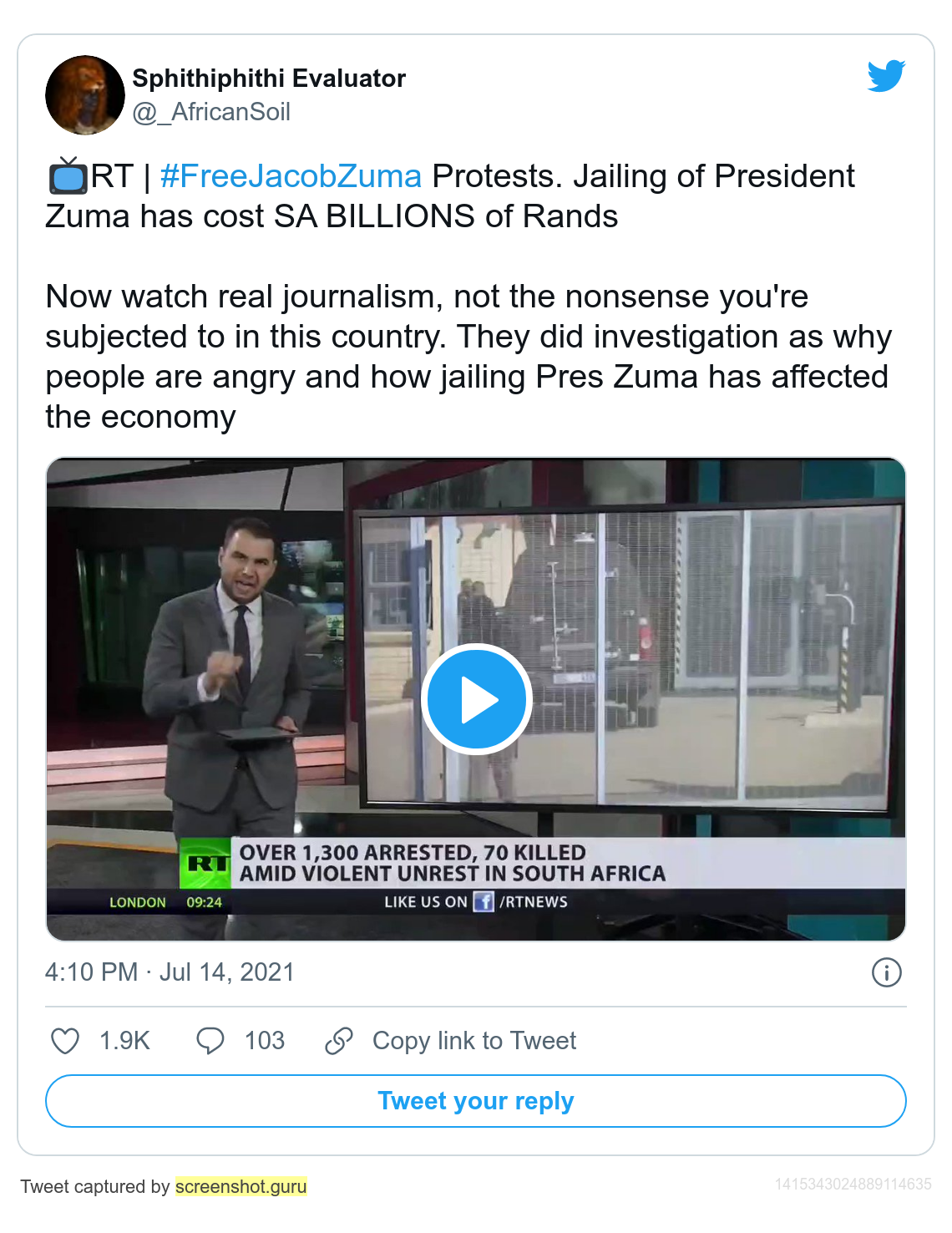 A network bigger than anticipated?

Since news broke of Majozi’s arrest, conversation around Sphithiphithi Evaluator has generated more than 40,000 mentions.

With a common theme of pledging support for Sphithiphithi Evaluator, while criticising the media, Ramaphosa’s faction of the ANC and the Hawks, the top 20 authors in the conversation contributed more than 3,000 tweets between 29 August and 3 September.

The consensus among these accounts rests on the notion that Sphithiphithi Evaluator, similar to Zuma, is a victim of Ramaphosa’s alleged dictatorship – and did not incite any violence during the unrest.

Research also showed traces of RET forces accounts which had engaged with Sphithiphithi Evaluator content at high volumes between September last year and August this year.

The account has also been backed by prominent accounts which belong to Zuma’s faction.

Among these are the high-traction posts of Zuma’s daughter Dudu Zuma-Sambudla’s account, which came under scrutiny for sharing incendiary content during the July unrest. 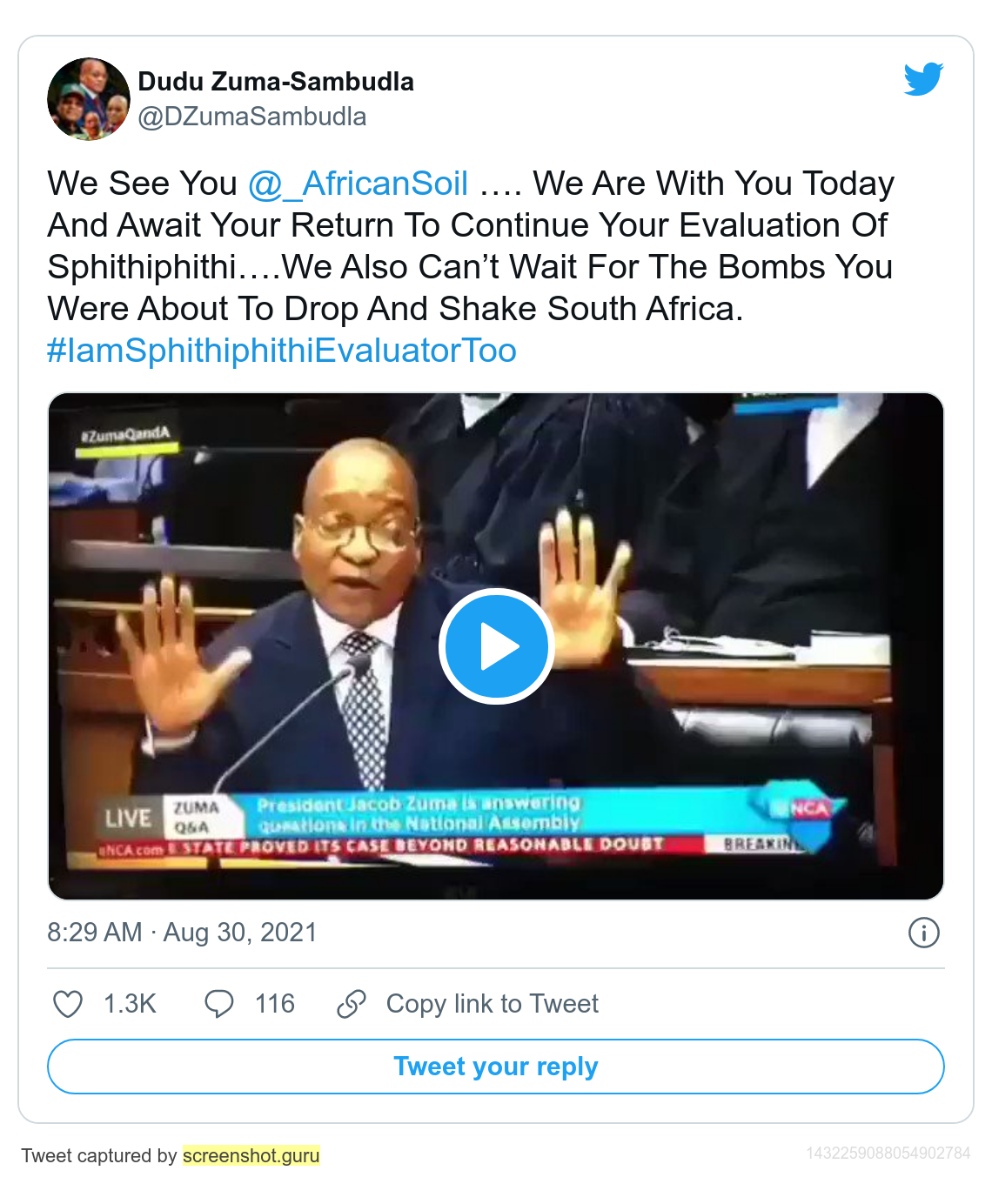 In a period of five days (29 August – 3 September), conversation linked to and including Sphithiphithi Evaluator or @_AfricanSoil has had a total reach of more than 80 million people.

With a large degree of support from accounts within the online RET forces network, and a growing unique author volume, conversation around the Sphithiphithi Evaluator account is expected to grow even further as Majozi’s case is set to be heard on 18 October. DM

What nano-influencers are and why your business might need them

Emma Raducanu is the new face of Dior

Every Former UCLA Men’s Basketball Player Under Contract in the…

Looking back at timeless characters of television

Get a Copy of Free Newsletter

Thank you for subscribing.

We respect your privacy and take protecting it seriously