by admin
in News


When it comes to Twitch top streamers, most people think of men. That’s probably because a February 2022 survey revealed only nine of the top 200 streamers on Twitch were women.

Despite this large disparity, women still show up and claim their place on the platform.

This tenacity makes female Twitch streamers ideal partners for brands looking to promote their products or services to viewers. Just as they go the extra mile to stand out as minority players, they’ll strive to help your brand stand out to their audiences. The live streaming market is already worth billions, and it’s only expected to grow. But even… 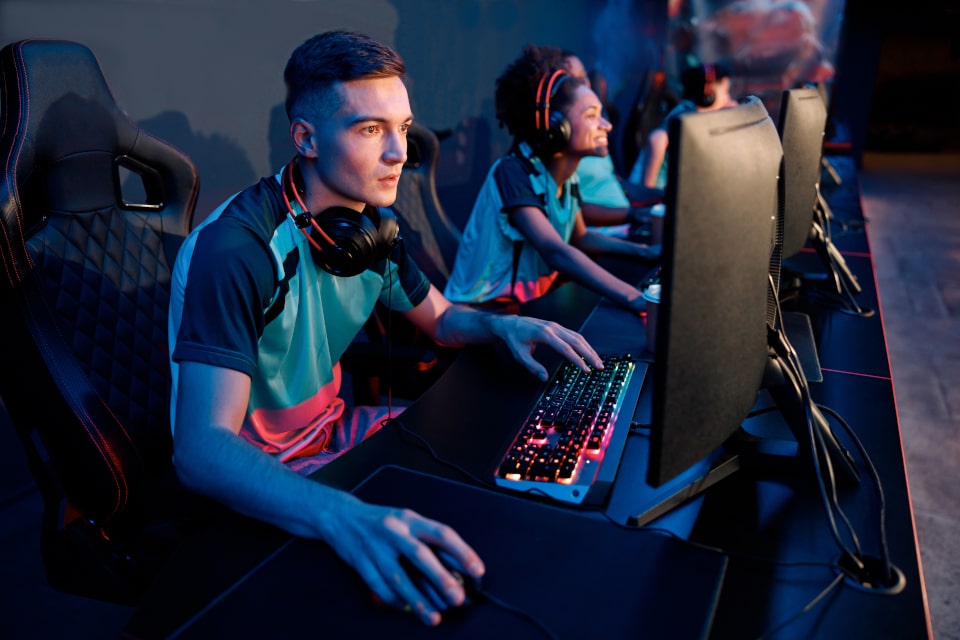 Esports Influencers and Their Impact on Brands Why brands should partner with female Twitch streamers

While most Twitch users are male, women are quickly flocking to the platform to share their love for gaming, too.

And while men make up the majority of people playing console and computer games, women dominate the mobile space.

In a field long dominated by men, women are making a name for themselves. Streamers like pokimane and Valkyrae are some of the leading Twitch content creators, and many women are looking to change the platform for the better by advocating for stronger community guidelines and content moderation.

Act on your brand’s values.

Even though female participation on Twitch is growing, the gaming community can still be hostile toward women.

Female streamers are frequently the target of “hate raids,” events where a large slew of hateful and inappropriate comments flood a creator’s comments on their stream. Additionally, many women report experiencing harassment on Twitch.

However, women are still brave enough to log on and do what they love, despite the haters. And when brands partner with female streamers, they’re showing support for this small but mighty sector of the gaming community.

And while brands can run ads on these streams, content creator partnerships have some clear benefits. For example, many users run ad blockers that can work around the system and block out paid content. On the other hand, the audience will be paying attention when an influencer drops info about a product or service in the middle of their stream.

Unlike TikTok, where the default is a 3-minute-or-less video, a live stream on Twitch can last anywhere from minutes to hours. In fact, it’s not uncommon for a stream to be between 3 to 6 hours long. When combined with the streamer’s ability to respond in real time to comments, these factors allow for users to feel much more connected to a content creator.

This high level of trust can benefit brands looking to partner with a streamer, as their audience will be more likely to take their recommendations to heart. In fact, an August 2020 survey revealed that 24% of respondents would like to discover new brands and products through a live stream with the influencer using the product.

Word of advice: Be sure the streamer you partner with is a true fan of your brand. After hours and hours of watching their favorite streamers, viewers will easily be able to tell when someone’s response to a product or brand is less than genuine.

Aim Lab, a first-person shooting game training tool, partners with content creators like LuLuLuvely to promote their product. By focusing on streamers known for their virtual shooting skills, Aim Lab can reach viewers hoping to become just like their favorite gamers.

Red Bull Gaming partners with streamers, including AnneMunition, to reach the esports community in a variety of ways, including product placement in the middle of a stream and utilizing influencers as spokespeople at events like PAX East.

In order to promote their new Animal Crossing collaboration, Colourpop developed their own Animal Crossing island that players could visit and partnered with the Queens Gaming Collective to stream an island takeover. To encourage as many attendees as possible, they also promised to give one lucky viewer a Nintendo Switch.

Bri, better known by her handle Storymodebae, has been on Twitch since January 2018. She treats the platform as her full-time job, and she’s passionate about representing Black women in gaming and bringing that representation to social platforms.

In an interview with The Verge, she said, “I decided that I wanted to start streaming because I would look for Let’s Plays and things like that, but I didn’t see a whole lot of people that looked like me. I saw Black men on YouTube. But as far as Black women, it’s like you have to type in “Black girl gamers” or these specific keywords so you could kind of find your tribe and find your people.”

Amanda is a Twitch Partner known for primarily playing League of Legends. When she’s not gaming, she stays busy as a computer science student in Austin, Texas.

Ashley is a Canadian Twitch Ambassador, voice actor, and artist who creates all of her Twitch channel’s emotes.

She loves sharing her humor with viewers, telling Game Rant, “The games I like to stream and are drawn to the most as of late are games that I think I can bounce humor off of a lot. I also like playing a lot of horror games. I think that’s almost when I have the most fun because I think me being scared is really funny. I think some of the stuff I yell out, just random new, unique cusses that aren’t really cusses, but it’s just coming out of my mouth because I’m scared is always really funny.”

Troi isn’t just killing it on Twitch as an ambassador. She’s also a member of the 2022 YouTube Black Creator Class and has worked with some pretty cool brands, like Snapchat, Trolli, AT&T, and more.

Brooke is a streamer for 100 Thieves, a gaming content house in Los Angeles. She showcases games like VALORANT and Apex Legends, and she openly discusses her mental health struggles after experiencing significant harassment online.

Bianca Antisera is an ER travel nurse studying physics and maintaining a 4.0 (which she proudly touts on streams). And as if those don’t keep her busy enough, she also excels as a Twitch Partner streaming games like Overwatch 2.

In addition to being a Twitch Partner, Saige Ryan is a member of the Pixel Circus and Smosh Games. Calling herself your “Spooky Friend,” she regularly streams herself playing video games and Dungeons & Dragons.

Xina is a Canadian part-time streamer who focuses on League of Legends and Valorant. In addition to streaming gaming content, Xina also shares videos of herself cooking and chatting with fans and is a fashion blogger.

Jayla is a full-time streamer, Twitch Partner, and content creator for Complexity, a professional gaming organization.

In 2021, she partnered with a few other prominent female streamers, including BrookeAB, AvaGG, and Jaden Lebel, for a panel discussion about women in gaming hosted by JBL Quantum and 1,000 Dreams Fund. While there, they discussed representation in gaming, safety tips for streamers, and how to care for your mental health while in the public eye.

Jae is a full-time streamer and Twitch Partner in Kansas playing primarily horror games. She’s also a cosplayer, and she’s partnered with brands like G FUEL.

Up and coming female Twitch streamers

While a lot of attention is on the streamers with huge followings, nano and micro streamers on Twitch are also a great opportunity for brands looking to reach more niche communities.

Here are some female streamers making a name for themselves as we speak.

Catarina, better known by her handle shugiishugii, focuses mostly on League of Legends. She recently celebrated earning a promotion to Diamond in League, and she’s a member of Team PMA.

Paisley, better known as Paislily, is a Twitch partner located in British Columbia, Canada. She plays a wide variety of games, from Red Dead Redemption to Minecraft, and she’s partnered with ADVANCED.gg to promote their FOCUS energy supplement.

Streaming from Melbourne, Australia, martha is a content creator for The Chiefs Esports and focuses her time on Valorant and League of Legends. When she’s not streaming, she’s sharing pictures of her two ragdoll cats.

Allie is a horror streamer from Canada, and she hosts her chat in French and English since she’s fluent in both. Beyond gaming, Allie enjoys creating Resident Evil cosplays and posting them on her Instagram.

Iona is a streamer with a Ph.D. in Chemistry. She began streaming during the pandemic to find some companionship, and she is dedicated to creating a safe space for the LGBTQIA+ community. For the most part, she streams herself playing Animal Crossing and Nintendo Switch Sports.

In a world where everyone’s attention is divided, partnering with Twitch creators can be key to reaching people in an engaging way. And by working with female content creators on the platform, your brand is showing its support for a community that hasn’t had it easy, which can build goodwill with their followers.

Musk Could Try To ‘Get Out’ Of Twitter Acquisition After ‘Troubling’ Decision To Put Deal On Hold: Analysts

How Seasonal Brands Use Influencer Marketing for ROI

How To Find High Performing Influencers with Traackr I Traackr

Earned Media Value & How to Calculate It

Musk Could Try To ‘Get Out’ Of Twitter Acquisition After ‘Troubling’ Decision To Put Deal On Hold: Analysts

How to Set Up a Facebook Shop to Sell More Products

How Orange France Executes and Measures its Influencer Strategy I Traackr