Meta has announced a new set of Pride-themed features for Messenger and Messenger Kids, providing more ways for users to engage in Pride Month celebrations. 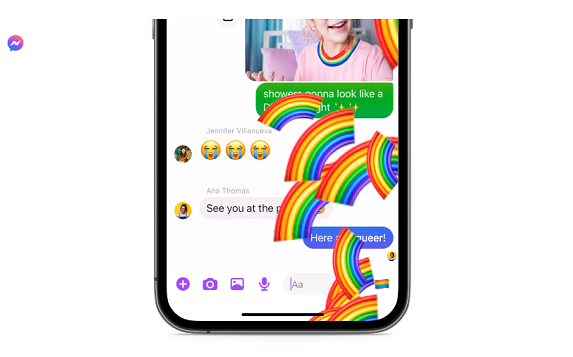 “#ConnectWithPride using new Word Effects on Messenger, a fun emoji cascade to everyday words and phrases you’re already using in your chats. Once you select the Pride chat theme, try out ‘Beautiful’, ‘Queer’, ‘Community’, ‘Stand Proud’ and ‘Transgender’, or create your own Word Effects to level up your convos with friends and family in celebration of Pride.”

Word Effects, which Meta launched in Messenger last year, enable you to choose an emoji to be paired with a certain word or term, which will then spark an on-screen explosion of that emoji character whenever it’s used within your chat (hence the rainbows in the image above). That can add a more festive spark to your discussions, and using the above terms, as Meta notes, will trigger an emoji response throughout June.

Meta’s new 3D Avatar Pride stickers, meanwhile, will be available in feed and stories on both Facebook and Messenger, while its chat themes will be accessible in Messenger and Instagram too.

“This month, you can check out JoJo Goes, a new hybrid docuseries-format that follows JoJo and her celebrity friends as they partake in some crazy fun adventures she’s always wanted to experience but never got the chance to try before.”

On Messenger Kids, Meta’s also bringing back its Pride camera stickers and camera frame, as well as its rainbow AR effect. 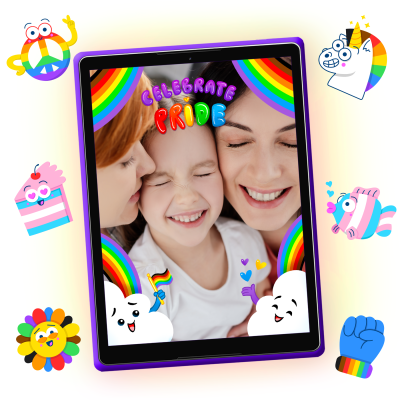 Meta’s also announced a range of Pride-themes activations across Facebook and Instagram, providing a range of ways for people to engage with the event. And for brands, Meta’s also releasing an updated Global LGBTQ+ Cultural Guide later this month, which is designed to ‘educate and inspire authentic ways to support the LGBTQ+ community’.

Pride Month is an important opportunity to share your support, which can be a big thing for those within the LGBTQ+ community who still often deal with prejudice and bias based on who they are. A simple note of support, or even the use of a sticker on your profile, can go a long way to improve tolerance and acceptance, and it’s worth taking that extra step with your own social media presence – personal or brand.

3 Tips for Building a Sophisticated Influencer Marketing Strategy I Traackr

How Social Media Marketing Plays a Role in the Bathtub Industry

Shaping Our Digital Public Spaces —And Why Democracy Depends On It

5 Brands Making the Most of AR/VR Marketing Campaigns

How to pick the right influencers for your campaign? | by Antoine Laurent | Jul, 2022