Communicators Can Bridge the Return to the Office Gap

I’ve mentioned before that I have a friend who works for a large conglomeration and their return-to-work policies have been chaotic, at best. At first, they sent an email at the start of July and said, “Everyone get your pets and kids ready! We’re going back to work in two weeks!”

Never mind the fact that it was summertime and many parents didn’t have childcare worked out until the school year began, but there was this small thing called the Delta variant spreading through the U.S.

They ended up pushing back the return to the office until September and then again until January, but it’s been a fascinating look at communications—or the lack thereof.

Many organizations are working through how/if they safely return to the office, whether or not they require vaccinations, and how they’ll work through their culture and morale issues as they relate to harassment, misogynistic gaslighting, racism, and discrimination.

In many cases, there is a pretty large gap between organizational leaders and employees, as is evidenced by my friend’s company policies (when surveyed, 82% said they wanted to continue working from home).

The good news is that communicators can bridge that gap—if we are allowed.

It’s Not Just About COVID

It turns out that during return-to-office conversations, people aren’t worried just about COVID. Sure, it’s one factor, but as it looks to become an endemic versus a pandemic, we humans are beginning to look past that. Rather, there are myriad reasons someone may not want to return to the brick and mortar office.

In 2011, we were just rebounding from The Great Recession and then clients began to retreat again when the debt ceiling debates were happening in D.C. It was a scary time to have a business and I was stuck in a long-term lease in downtown Chicago that cost me close to $15,000 per month. Which was a lot of money, especially considering that I was paying for a lease and not myself.

Our CFO suggested we tried to get out of the lease, which I honestly didn’t know you could do. Turns out, you can! And we did. And so, for a year, we all went home to work. This was before Zoom and Slack. We had Google Hangouts and Skype. We had chat. And we had WiFi. That was about it. But it totally worked!

Fine with me! I preferred it, too. For us, it wasn’t so much that there was a morale issue of being in the office, but everything to do with the fact that we could throw in a load of laundry during the day, walk our dogs during breaks, and exercise at lunchtime without having to worry about a shower in a shared office space.

What I also learned is that we could hire anyone in the world—no matter where they were—and save all sorts of money because we didn’t have to move them to Chicago. We’ve hired from Canada, Mexico, Europe, and Asia; people we never, ever would have had the opportunity to work with otherwise.

Of course, the shutdown changed that competitive advantage for us when everyone went to virtual work—and now, as company leadership is trying to figure out how to make it work long-term.

Attracting Talent to Your Team

One challenge we’ve had all along is hiring young professionals who aren’t accustomed to setting their own schedules based on priorities. Heck, in many cases, they don’t know what the priorities are yet so it’s challenging for them to know what to do and when without being in an office together with their team. The shutdown and ensuing pandemic has not changed that, but organizations are getting more clever about how to engage them.

My younger team today will sit down at their desks, dining room tables, kitchen islands, or couches and dial into the same Zoom room. They’ll keep it open all day, as if they were working in an office together. When they have meetings, they just put that one room on mute or they leave and come back.

That would drive me personally crazy, but it works for them—and it’s been fun to watch how they’ve built camaraderie by showing up for one another in that way.

There are some other things you can consider, particularly when it comes to engaging younger professionals, according to Universum’s new “World’s Most Attractive Employers” report:

Many Reasons People Don’t Want to Return to the Office

I mentioned at the start that many employees aren’t so much worried about COVID as it relates to going back to the office, but that they’ve tasted freedom and what it’s like to not have to commute or be in office and play office politics or be demeaned or left out of meetings on purpose. In many cases, people have gotten at least two hours—if not more—back in their days and no one wants to give that time back to their employers.

There are lots of reasons people may want to continue working from home. For me and my team, it was more about the flexibility we had to do the things around the house that needed to be done and didn’t have to pile up for the weekend. There are also a handful of us who like to exercise every day and don’t want to be judged if we do it at 7:30 a.m (cough, cough) or at lunchtime or at 4 p.m. As long as the work gets done, it’s far easier to have that kind of flexibility if your team isn’t watching you leave the office during traditional office hours.

But that’s not the only reason. I always say that school isn’t made for working parents. No one on earth works from 9-2:30, which are the hours in which you can work before you are interrupted with dropoff and pickup. Sure, you can work before and after those hours, but you often do it with kids around, which makes things a bit less productive.

And then there are the significant reasons many marginalized groups of people don’t want to return to an office. Many Black workers told CBS MoneyWatch in a poll that being in predominantly White workplaces often exacts an emotional toll. They said working from home offers a measure of inner peace and even helps them do their jobs better.

These same sentiments are common among people of color, including in corporate America. For decades, Black and Hispanic employees have reported feeling marginalized at work and being relegated to lower-paying roles even when their credentials qualify them for a higher-level position.

Black women, in particular, say a typical workday often requires looking past microaggressions from co-workers, ignoring flippant comments about their natural hairstyles or suppressing emotions lest they be labeled an “angry black woman.” But working at home allows them to not just look past those microaggressions and subtle racism, but not experience it at all.

The good news is that communicators can bridge that gap—if we are allowed. This is what we are born to lead!

How Communicators Can Bridge the Gap

One of the areas that have exploded for us since last March is internal communications…and that’s because of all of the aforementioned reasons. Organizational leaders want to be decisive, but they also don’t want a mass exodus of people based on those decisions.

We do a lot of roundtable discussions where team members can discuss what’s on their minds in a very safe way (no leadership or bosses are privy to those conversations). It takes some time to build some trust and let people feel like they can be honest, but it works. And it allows us to take that information and create our communications around decisions being made at the top so people feel like they have a voice.

Slack is your friend. For some clients, we’ve set certain parameters around the “watercooler” channel and, for others, we’ve created channels specifically for culture-building. Last week, it was fun to see all of the clients’ channels alive with Halloween costume sharing. Even my cold, black heart that hates Halloween loved all of the excitement around people’s costumes. I also loved sharing my husband’s costume. He was Ted Lasso and he NAILED it. 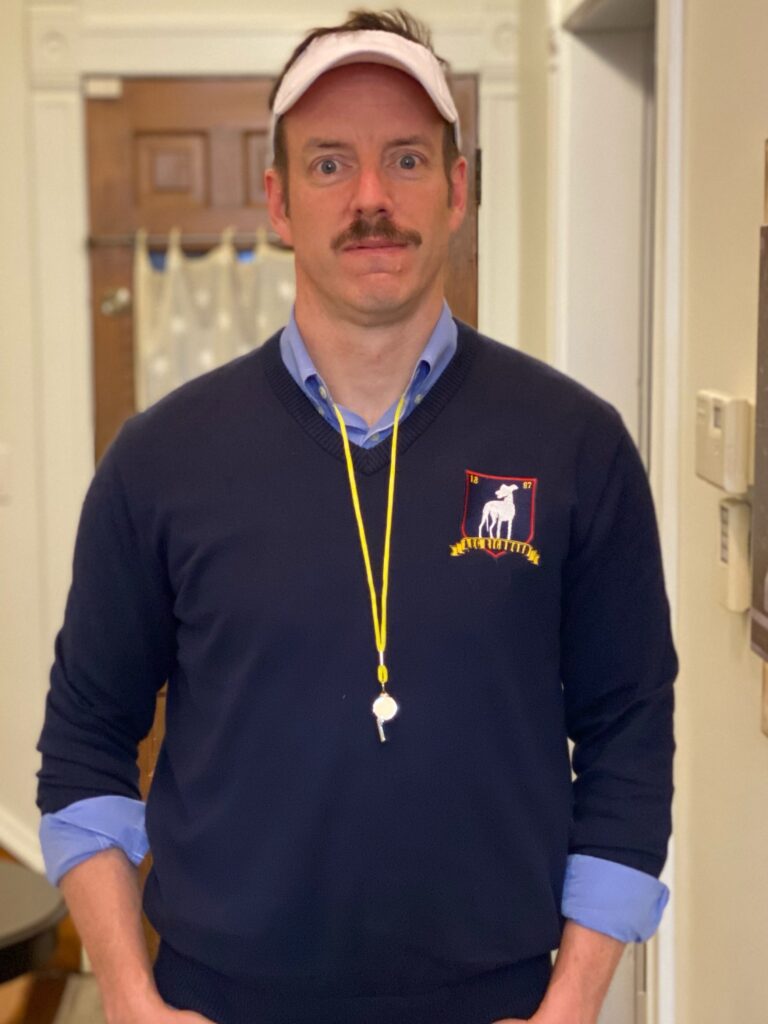 (Sorry…had to brag. Thanks for indulging me.)

One additional thing you can think about either internally or for your clients is how to start to build an employer brand. This has been a big one for our clients this year. For one client, we have an entire campaign built around it, which launched with an employer brand video. From there, we asked team members to share their “gold medal moments,” or the reason sports affected the decisions they made about their careers. Forty percent of their team participated and we’re using that content on social media. We’ve also created a landing page specific to careers and we track results based on resumes submitted.

No matter how your organization decides to handle going back to an office, or not, it’s important to communicate the decisions appropriately. You won’t make everyone happy, but if everyone feels like they had a voice in the decision-making, you will win.

This is Miserable… (a reminder for closet creators)

3 Steps to Leverage the Creator Economy to Promote Your Brand

The state of AI in the enterprise: New research reveals 4 key actions to maximize AI value

This is Miserable… (a reminder for closet creators)

Social Media Is Predicting This Party Will Win In The Midterms: Red Wave Or Blue Wave

How Social Media Can Impact the Mandela Effect