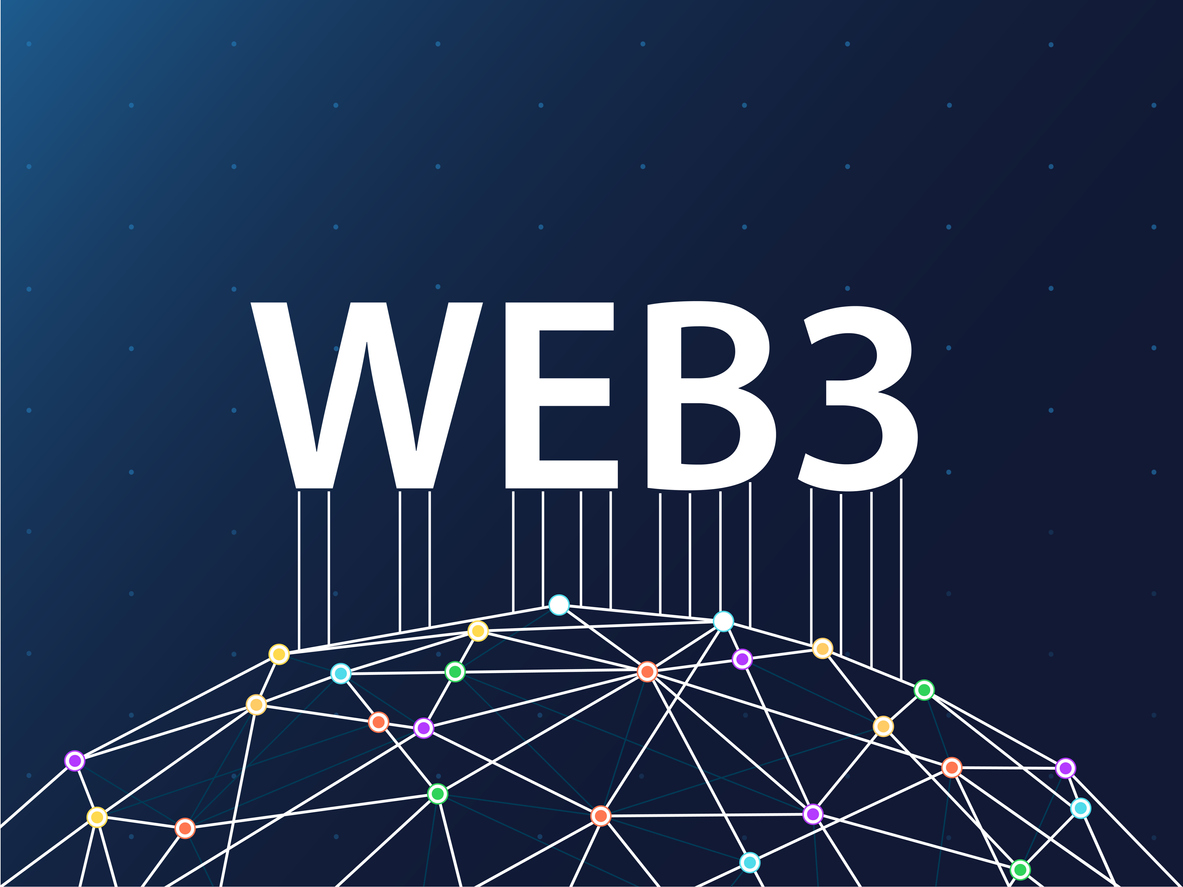 Plus definitions of blockchain and NFT you’ll actually understand

If you just read the title of this post, and your immediate reaction was, “I don’t even know what half of the words mean,” it’s okay. This post is here for you. I’m here for you.

There’s a saying in the NFT space – WAGMI – which stands for We’re All Gonna Make It. First, go hydrate, stretch and then let’s delve into this new and mysterious-for-most world together.

Let’s start with Web3 – but it will require a DeLorean and a flux capacitor so we can go back in time to Web 1.0. This is when Al Gore “invented” the internet and it was fresh and new. At that time, the Web represented the democratization of information. As in, “I have information, now it’s on the Web and you have the information.” If Web1 could be succinctly defined, it would be with the word READ.

If we used our time turners to reset to the early 2000s, we’ll find that the Web evolved. Web 2.0 gave us community, connections, and turned the internet into a two-way street. It featured the rise of social media, and the ability to use APIs to connect different pieces of software. If Web 1.0 was READ, then Web 2.0 was READ AND WRITE.

Now we can jump into our Dr. Who TARDIS and head to the present, where Web 3.0 is all anyone can talk about. The proponents of Web 3.0 believe that Web 2.0 presented some challenges, especially with data ownership. In Web 2.0, Facebook owns your data. Twitter owns your data. You don’t own any of your data.

Web 3.0 aims to put you back in control. It values decentralization (which presents a new set of problems, but let’s put those aside for the moment). In Web 3.0, YOU own YOUR data, and you choose how to share that data. The power to build is distributed away from corporations and into the hands of the people. Web 3.0 combines READ, WRITE and OWN, and whatever is built or transacted is recorded on the blockchain.

While this definition could be several blog posts all on its own, here’s the high-level scoop: think of a blockchain like a ledger. When a transaction (a data “block”) occurs, it’s recorded on this ledger. When that transaction is complete, that block is then added to the public record across the system – the chain. Using data, a blockchain records information that makes it difficult (some might say impossible) to hack or cheat the system. A very well-known example of a blockchain is cryptocurrency.

Now we have a foundation for understanding NFTs. The acronym of NFT stands for non-fungible token. What’s non-fungible?

Let’s say I have just bought the Mona Lisa. It is unique. It’s one of a kind. Therefore, it is non-fungible. However, if you have a banana, and I have a banana, we both have bananas. These bananas are fungible.

Whew! Still with me? Because now that we have a foundation, we can get to the heart of the matter – and to why all of this matters.

There are several components that give an NFT value. It could be the art – you just want to own that little piece of .jpg beauty. Each NFT has specific, unique traits – some are rarer than others – which also could give it value. Many NFTs come with utility for the owner (as in, by owning an NFT, you get access to something you wouldn’t have otherwise) that could give it value.

Notice I’m using the word “COULD” a lot. That’s because NFTs are sold in a market where the value could go up or could go down – much like investing in the stock market. As we say in NFT world, DYOR (do your own research) and NFA (not financial advice.)

Sit on all of this information for a while, and then read part two of this series to glance into the future of social.

Carmen Collins is head of social media & brand creator content for Wish. She is also a member of the PR Daily Advisory Board.

The post A brief history of the 3 phases of the Web (and why they matter) appeared first on PR Daily.

How to boost a micro-influencer marketing campaign | By HypeFactory

4 social media updates you need to know about this week

How to boost a micro-influencer marketing campaign | By HypeFactory

Get better response rates on influencer emails by making this one change | by Yash Chavan | Jul, 2022